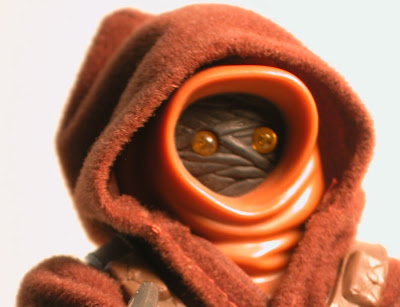 This is Kenner's Large Sized 8" Jawa from 1978. He's the last of the twelve that I'll be reviewing on Yesterville. Maybe I'll have to set up a Star Wars Large Sized "family photo" as a finale to finally finishing all the Large Sized Star Wars figures. 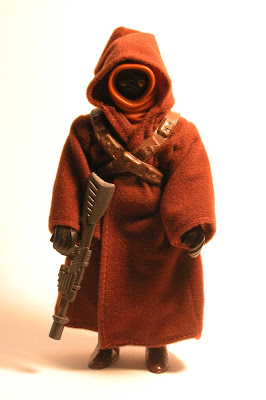 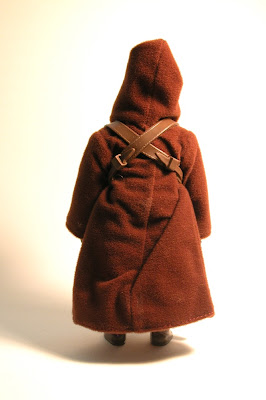 One of the great things about the original Star Wars trilogy was the fact that George Lucas didn't feel like he had to explain everything... or give us a glimpse under every helmet or head covering. Who was under the Stormtrooper helmets? Who knows? What does Boba Fett look like? Is he human? Who knows? This was part of the fun of Jawas, too. As a kid, it was pretty fascinating to see Jawas for the first time in Star Wars. Those covered faces, strange voices, and light-up eyes were pretty startling. I always wondered what their faces looked like and if those lights were actually their eyes... or lights that they needed to see with. Who knows? 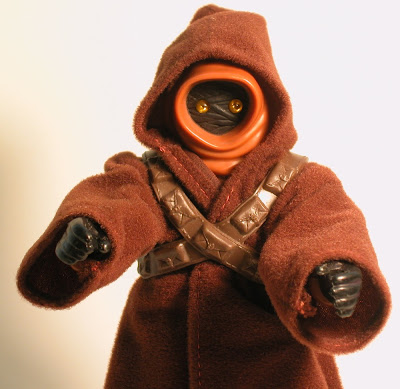 Kenner's Jawa is a pretty basic figure. He has swivel shoulders, swivel thighs, and swivel wrists. He's really not too different than his 3 3/4 inch counterpart. I am glad that Kenner included bandoliers that could be worn over his cloak this time, though, instead of being sculpted underneath the cloak. 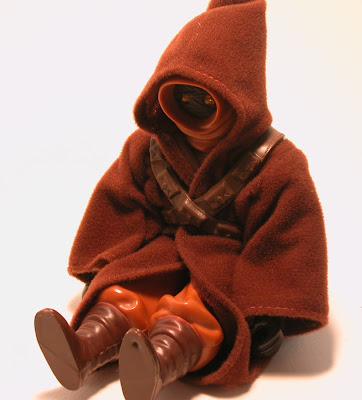 I found this Jawa many years ago at a comic convention, as well. I would always make it my yearly goal to add one more 12" vintage Star Wars figure to my collection each time I attended a comic book convention.

A complete Jawa should include his brown cloak, rubber bandoliers (one piece), and his blaster. 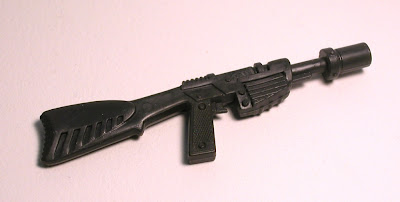 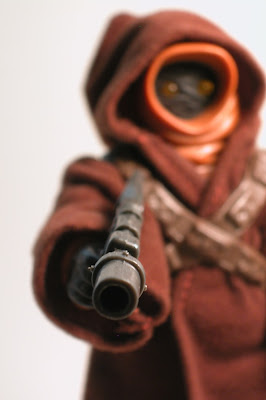