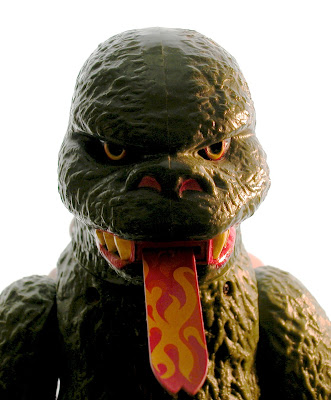 In the 70s, cable television brought the Japanese Godzilla movies to a whole new group of young fans that hadn't had much exposure to the monster before.  I remember it always being a pretty big deal when the Denver station would run a Godzilla movie.  I didn't have cable but a friend up the street did.  So, I got to watch a bit of Godzilla here and there at his house.

Mattel brought Godzilla over to the US as a toy in their large-sized Shogun Warriors line.  It seemed a little bit out of "left field" to have a big green monster as part of a line of toys that we knew, exclusively, as a robot line of toys.  Although it seemed a bit odd, it was still really cool to see a huge Godzilla toy on the toy shelves.  He didn't seem to have as many features as most of the other Shogun toys but that almost didn't matter because he was GODZILLA. 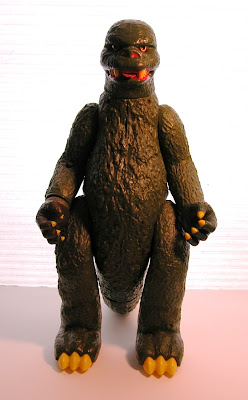 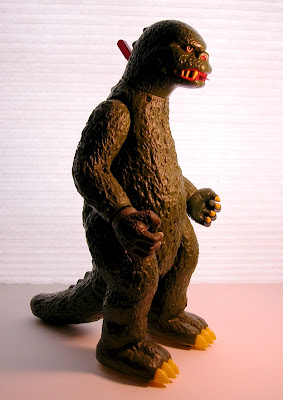 Godzilla is a bit shorter than the other toys in the line but if he had been in scale and also the full 24" tall, he would have needed a much bigger box than the rest of the line.

Godzilla features articulation at the shoulders, wrists, hips, and tail.  He looks like he'd have neck articulation but the visible seam is just part of his construction and doesn't allow for any head movement.  Godzilla is made of the same type of "shampoo bottle" plastic as his robotic brothers but seems to have a hard plastic head.  This may be due to it needing to house the mechanism for his "fiery breath" tongue.  More on that in a second. 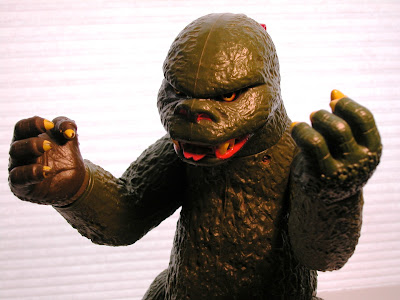 Godzilla, despite NOT being a robot still has a couple of action features.  His left fist shoots off at the press of a button (further up on his forearm) and actually packs quite a wallop.  He also has a lever on the back of his head that extends his "ugly tongue" as one 1978 COMMERCIAL puts it.  Another COMMERCIAL called it a "blast of fire."  It's basically a silk-screened piece of pliable plastic but is still a fun feature.  Other than wheels on the bottom of his feet (like all Mattel Shogun Warriors), that's about it for features. 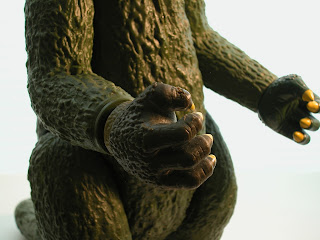 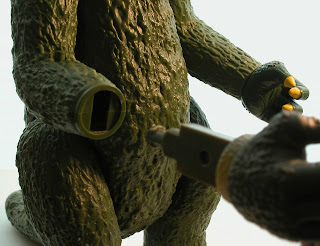 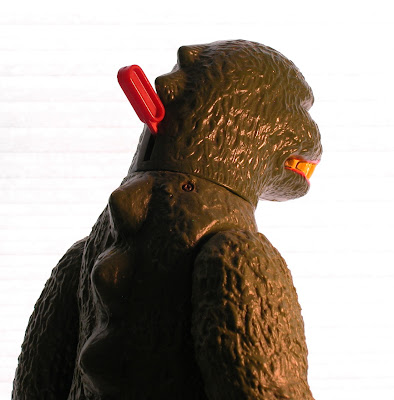 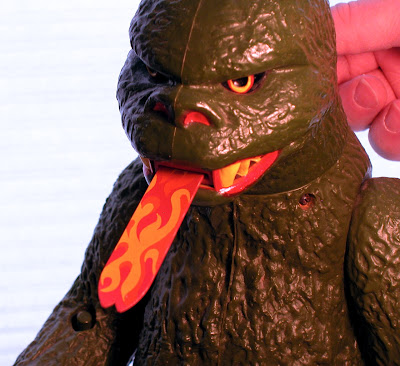 Interestingly enough, instead of using the superior Popy version of the same toy and importing it to the US like the other Shoguns, Mattel opted to create their own Godzilla with a much less intimidating look than his Japanese counterpart.  He's definitely a "softer" Godzilla than the Japanese toy. 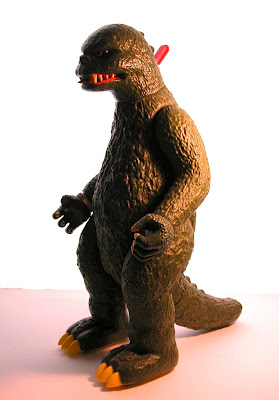 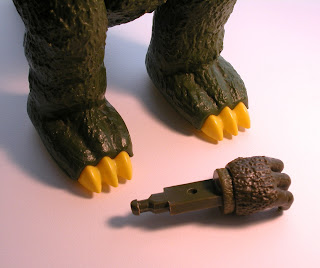 At any rate, this US version of Godzilla is a still a fantastic toy and provided hours of fun for the kids that had one.  I didn't have one as a kid but enjoyed looking at the Godzilla box on the toy store shelf.  I picked this one up last year and I'm very glad I did.  He makes a very nice addition to my growing Shogun Warriors collection.

Now, I just have to decide if he's "friend or foe."  As the commercial puts it, It's up to me to decide. 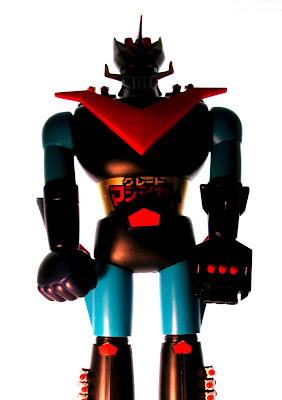 Mazinga!  I picked this guy up last year to add to my Shogun Warrior collection.  I lucked out and found one in pretty nice shape.  After tracking down a few original accessories, he's complete and all original. 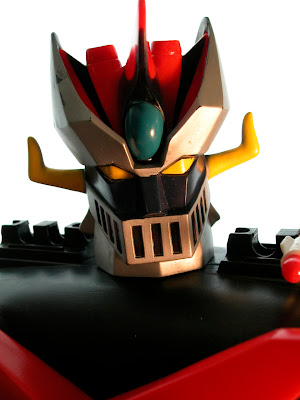 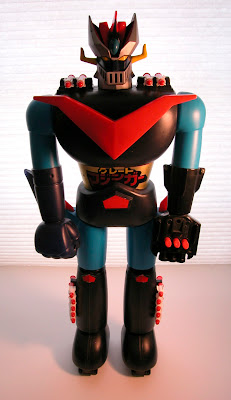 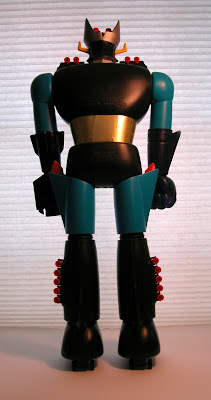 The Shogun Warrior toys were distributed in the US by Mattel in the mid-to-late 70s.  They were created by a Japanese company, Popy, and were produced as characters from several different Japanese licenses (cartoons).  Mattel brought them over to the US with a few minor modifications and sold them under one banner and license… The Shogun Warriors.

As toys go, these Shogun Warriors were huge… around 2 feet tall.  To a kid, these things were immense.  Even as an adult, these things seem very large and Mazinga is no exception. 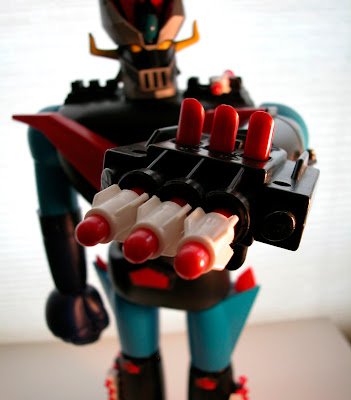 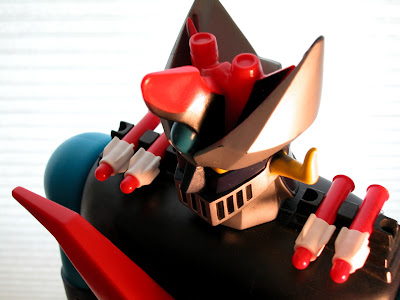 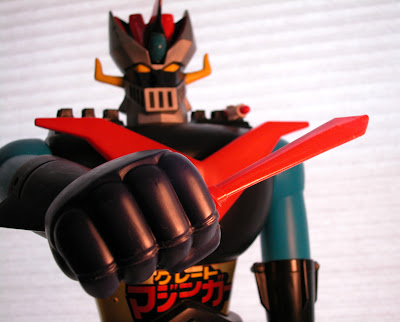 I didn't have a Mazinga as a kid but a friend down the street had one.  I had a Dragun but was secretly jealous of my friend's Mazinga.  Mazinga just had an intimidation factor that the other Shoguns just didn't have.  His horns, pointy head, Vader-like grill on his face, and red chest armor made him look like something not to be messed with.  He could shoot 3 rockets from his fist at the same time, or one at a time.  He even came with two swords should he run out of missiles and have to cut down his foes "Medieval Style."  If things got really dicey, Mazinga's pilot could jettison from the top of Mazinga's head in a separate craft.  How cool is that?! 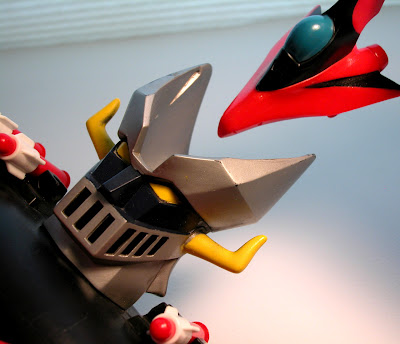 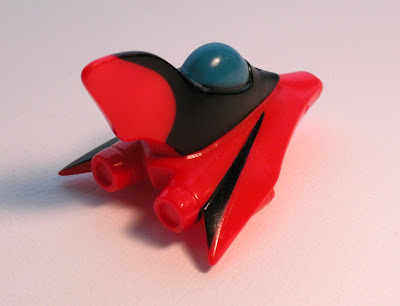 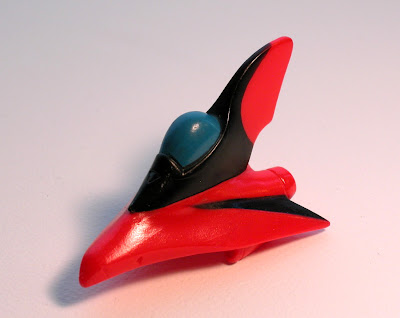 My appreciation for these large Shogun Warrior toys seems to grow with age.  In the history of US toys, they were really something different and special on the toy shelves back in the 70s.  While in Japan these characters' popularity continues today with new cartoons and toys, in the US we haven't seen true Shogun warrior toys in decades.  I'd love to see Mattel or another company take the necessary steps to rerelease these guys or continue the concept with brand-new Shogun toys.  I'm sure the fact that Shoguns are actually from different Japanese licenses is a hinderance.  But, hey, they made it happen once, right? 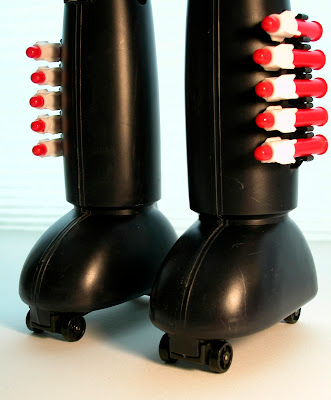 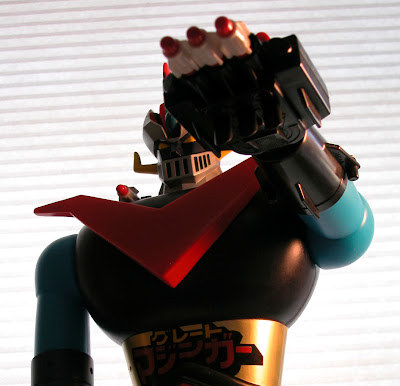 As a kid, I was more into things like 12" Gijoe, Star Wars, and the Six Million Dollar Man.  However, in adding more Shoguns to my collection lately, I have a renewed appreciation for them…. and, Dang! do they look cool on the shelf. 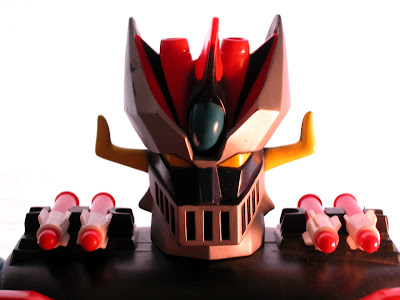