This is Kenner's Large Size IG-88 from early 1980. He stands about 15" tall and is scaled to the other figures in the vintage Large Sized line. He was released in an Empire Strikes Back branded box.

IG-88 was the last large-scale figure that Kenner produced when the "Large Sized" line was phasing out as the new decade of the 80s dawned. Consequently, he's the hardest of the large sized figures to find... especially complete. 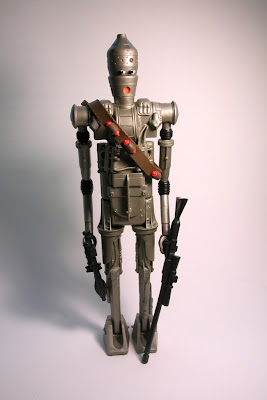 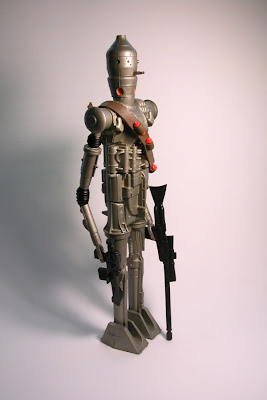 I've always thought IG-88 was kind of an odd choice to get the sixth-scale treatment in the original Kenner line. In the film (Empire Strikes Back), IG-88 really doesn't do a whole lot... he just kind of stands there and adds an interesting and cool silhouette to the bounty hunter line-up that Vader has assembled. Of course, this is most likely why Kenner chose IG-88 to produce in this scale... he's just plain cool looking... and he's a robot. 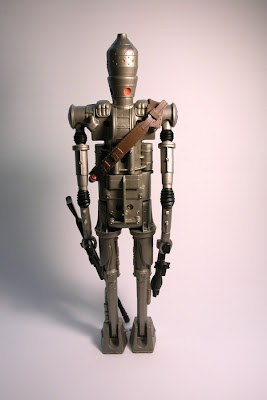 I remember seeing this figure on the shelf at our local LaBelle's department store (which subsequently became a different dept. store, then a grocery store, and is currently a Hobby Lobby) back in 1980. The funny thing is, he was always alone. I don't recall ever seeing any other large Star Wars figures on the shelf next to him (I do seem to recall seeing 12" Mego Star Trek The Motion Picture action figures very close by, though.). Maybe being a late release, he shipped by himself... I don't know. 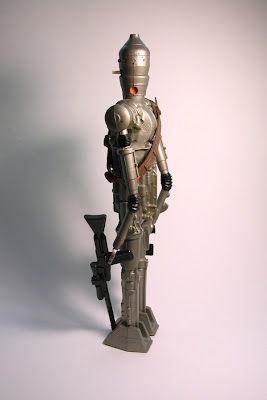 I picked this guy up in the 90's a little bit at a time. I started with the base figure and then added pieces as I found them available. I've found it's fun to collect figures this way, sometimes... "the thrill of the hunt" really comes into play, along with a healthy dose of delayed gratification as the figure slowly comes together. 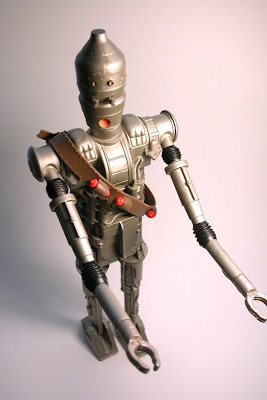 At any rate, I think he's a great-looking figure. He doesn't have much in the way of articulation, though... swivel neck, swivel shoulders, swivel wrists, and swivel hips. So, he's not much for posing in front of the camera. Maybe he's just camera shy. 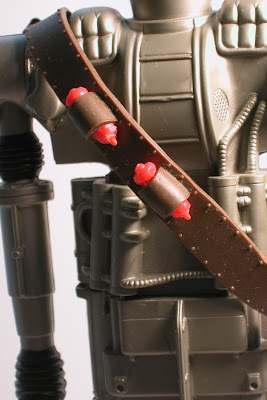 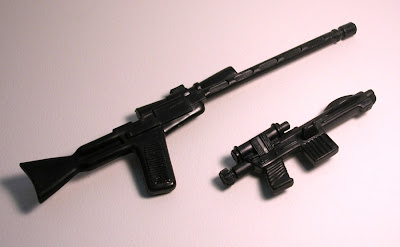 A complete IG-88 should include his bandolier, four red grenades (that attach to the bandolier), and two blaster rifles (one very long one and one shorter one). 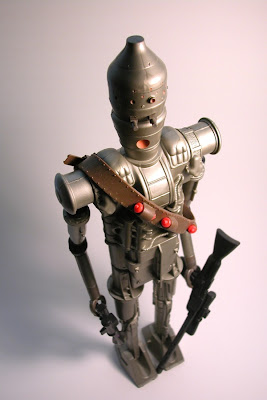 Posted by Brian Ashmore at 9:27 AM