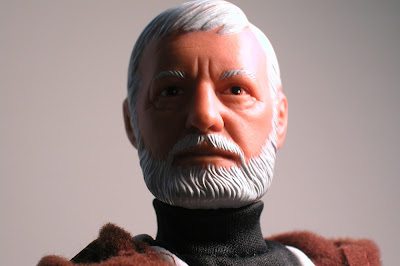 Before the Star Wars prequels, we knew that Ben Kenobi had a past as "Obi-Wan Kenobi" but we still pretty much always referred to this character as "Ben." If I'm not mistaken, Luke even refers to him as "Ben" during the entire old trilogy. 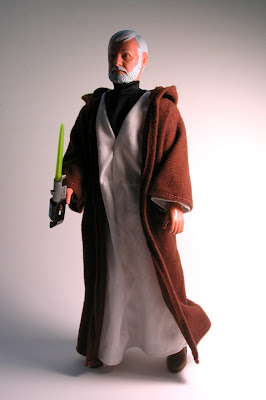 At any rate, I have to give Kenner credit for producing a large scale figure of the "old wizard" we know and love. Maybe I'm off base here, but it seems like companies would have shied away from producing toys based on older actors. Perhaps, the runaway sales of all the smaller Star Wars figures gave Kenner the freedom to say, "What the heck!"

Like other characters in the line, Kenner produced a nice likeness to actor, Alec Guiness. He looks older and wise without looking geriatric. 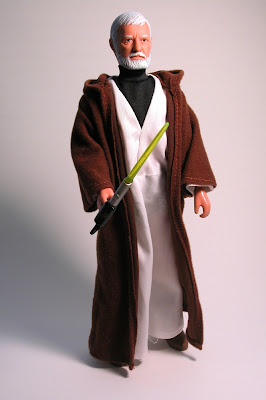 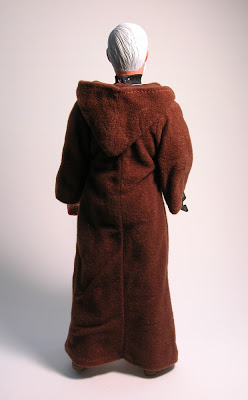 The only time I saw this guy for sale back in the 70s was at a small hardware store that had a very small toy department (our major sources of toys were Kmart, Labelles, and a mall store called Clown Town). We used to ride our bikes to this hardware store to see what new Star Wars action figures might be on the shelf. They only had one of the Large Sized action figures for the longest time... and that was a Ben Kenobi. He sat on the shelf for, what seemed, years. This store also kept an air-popper popcorn popper on the front counter with a well-stocked bowl of buttered popcorn for customers to enjoy. Free popcorn and other things like Wacky Packs and Cracked magazine were other reasons my buddies and I made frequent visits to this hardware store. 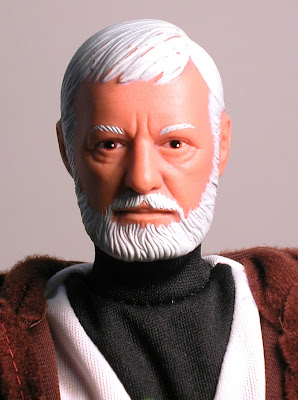 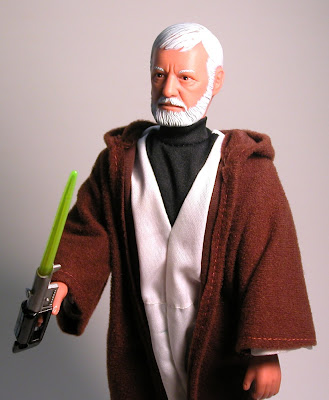 I picked this guy up in a trade with a very good friend back in the 80s when collecting Star Wars action figures wasn't near the top of our priority lists. An offer was presented to trade Ol' Ben for a couple of comic books and the deal was made. Ben had a taped up, busted leg and was missing his lightsaber. I've since replaced the leg and given Ben back his weapon "from a more civilized age."

Ben has the standard articulation for the human figures in the line... swivel hips, swivel shoulders, swivel neck, and very limited "click" articulation in the knees. 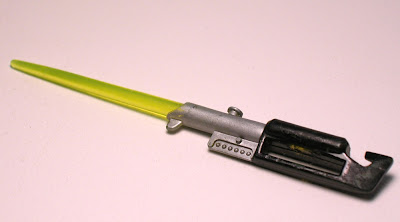 A complete Ben Kenobi should have his white tunic (with black neck and chest insert), brown robe, two rubber brown boots, and his yellow lightsaber. 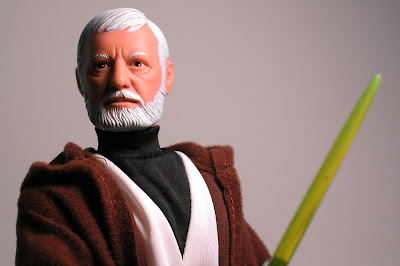 Posted by Brian Ashmore at 7:58 AM