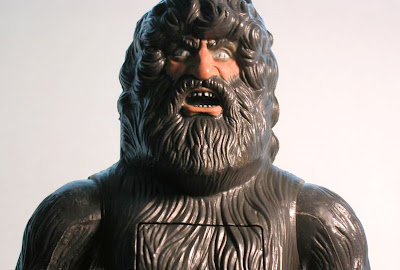 Bigfoot was a star in the 1970's. He's fallen on hard times, more recently, but was a full-fledged phenomenon back then. These days, I imagine he's hanging out with other stars of the 70s like Burt Reynolds and Tony Orlando jonesing for the good ol' days when a killer "stache" meant something. He was in movies, books, comics, magazines, television documentaries, and even Saturday morning kids' shows. He was EVERYWHERE. America had a fascination with Bigfoot in the 70s like never before or since. 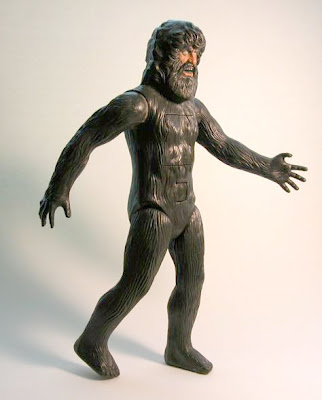 The Six Million Dollar Man TV show capitalized on the big fuzzy guy's popularity and added him as a recurring nemesis to Col. Steve Austin. We enjoyed all of Steve's exploits but none so much as the ones that featured the fearsome Bigfoot.

I remember being genuinely frightened by the creature on the show and felt sorry for Steve for being so powerful that he, alone, had the job of facing the terrible creature in hand-to-hand combat. I felt that Steve was never in greater peril than when he was trading blows with this terrible, mythical beast. 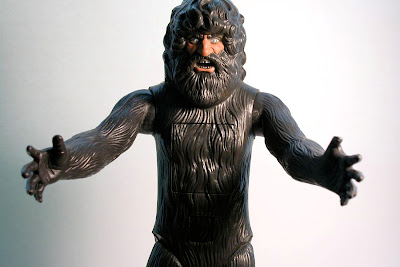 In the end, Bigfoot's origins turned out to be "otherworldly" and it was discovered that he was, at least, partially bionic... like Steve.

Kenner gave us the Bionic Bigfoot figure later in the life of the 12" scale Six Million Dollar Man toy line (1977, I believe). We were excited to finally be getting the furry nightmare immortalized in plastic but the figure didn't quite live up to the amazing figures that had come before in the line. In a line full of action features and cool accessories, Bigfoot is somewhat lacking. His sole action feature involved a chest panel that popped off when he was hit in the belly button (square button seen in photos). Under the panel was a look at what made Bigfoot tick. He was exposed for being at least partially robotic. A rectangular hole in the upper portion of the exposed robotics allowed the Steve Austin figure to grasp Bigfoot and lift him with his ratchet-action bionic lifting feature. Bigfoot's articulation is also lacking. He has ball-jointed shoulders and cut hip joints. That's it. This compromise, I'm pretty sure, was implemented to not interfere with the "hairy" sculpt too much. Toy companies, to this day, have trouble with furry characters and adequate articulation (Chewbacca, anyone?). 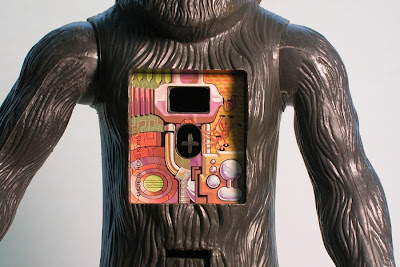 Bigfoot included no accessories unless you count the removable panel. It can be tough to find a Bigfoot with the panel included. So, in a sense, it can be a somewhat expensive "accessory" when viewed as an item to complete the toy. 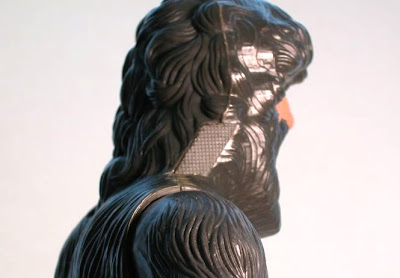 The Bigfoot figure also includes an odd "speaker" panel sculpted under his right ear. This is purely cosmetic and doesn't function in any way. I guess Kenner was trying to drive home the point that Bigfoot was bionic (Question: If I duct tape a speaker to the side of my neck, will people think I'm a robot?). 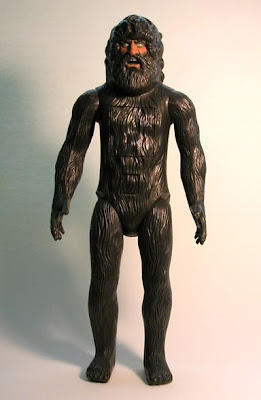 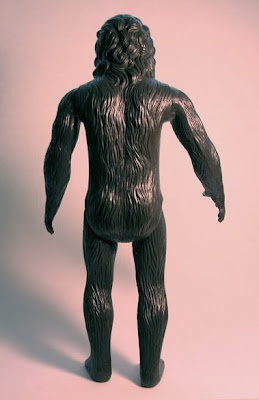 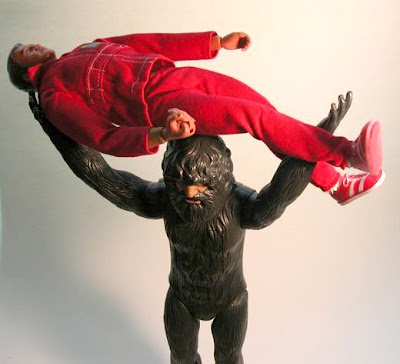 No Six Million Dollar Man collection is complete without this guy. Despite his flaws, you gotta love 'im. 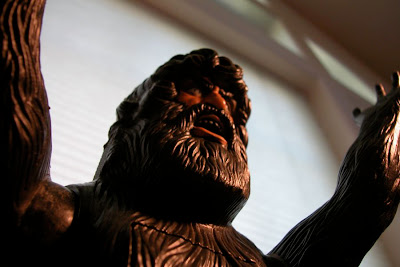