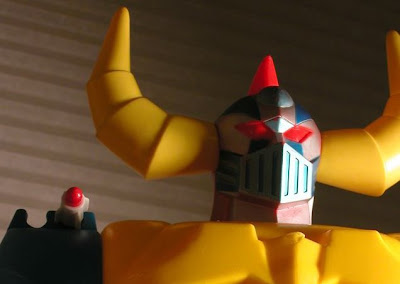 This is Gaiking. He's another one of Mattel's Shogun Warriors from 1979. He's big (about 2 feet tall). He's yellow and blue. He shoots missiles out of his chest and his right arm shoots off at the elbow. 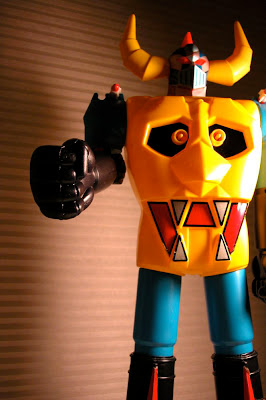 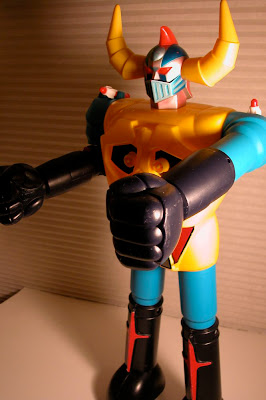 I don't really have much to say about this guy that I didn't say about Shogun Warriors in my post about Dragun.

Gaiking sports just a tad bit more articulation than Dragun as his horns can rotate forward (making him look like a bit like a bull) and his right arm bends at the elbow to enable a better firing position for his fist. Like Dragun, he has wheels on the bottom of his feet. He also has articulation at the shoulders and neck. 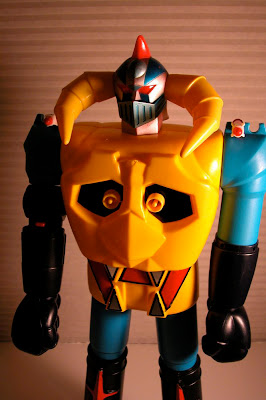 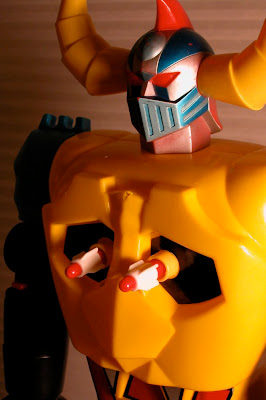 This particular Shogun belonged to my younger brother, Mike. He was recently rescued from the garage (the Shogun, not the brother) and now stands watch in my studio along with his older brother, Dragun. I seem to have become the curator for a lot of my younger brother's old toys...and he can have them back at any point... maybe...if he knows the secret password and promises to always address me as "Esteemed Keeper of Plastic Artifacts." Heh, heh. 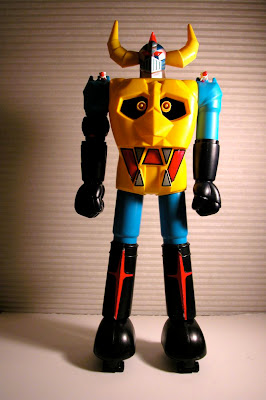 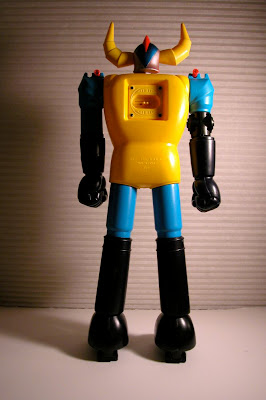 A complete Gaiking should include the missiles (I believe he came with four) and the firing fist. The fist fires at the press of a red button at the elbow. The chest missiles fire with a rocker switch mounted on his back. 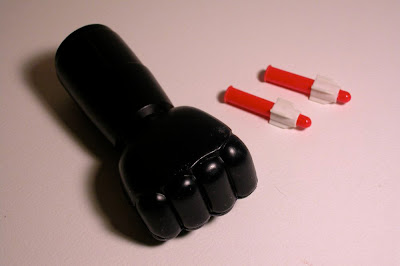 Like Dragun, Gaiking is a bit of a mystery to me. Is he good? Is he bad? Why does he have a goofy animal face on his chest? I'm sure the true answers to these questions are more knowledge than I deserve, at this point. Ignorance is bliss. 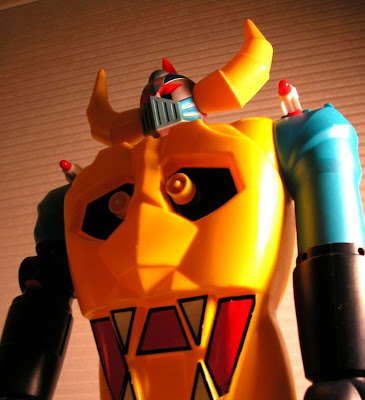 Posted by Brian Ashmore at 7:26 AM